Earlier this week, I had the opportunity to participate in nErDCamp. Located in Parma, MI, and hosted by Colby Sharp and his wife Alaina, nErDCamp is an unconference — two jam-packed days of teachers and librarians, authors and illustrators, learning from and teaching each other. It was unlike anything I’d ever been to before — and in the best of ways.

It kicked off with the Nerd Run 5k (how many conferences have their own road/trail race, right?), in which I came in second fo 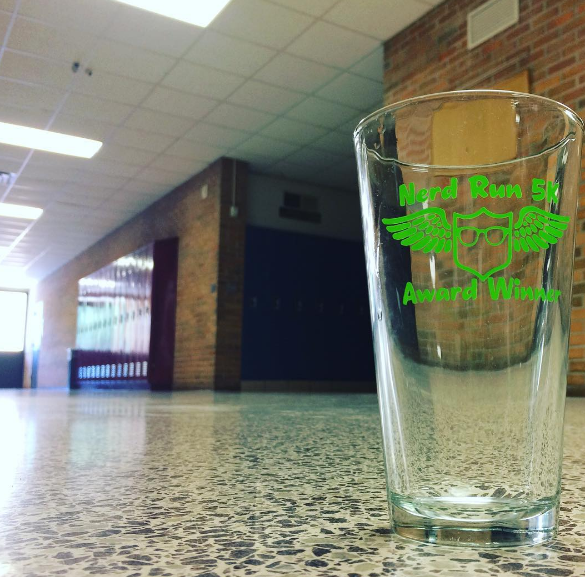 r the ladies (and received a most awesome Nerd Run 5k pint glass as an award). The pancake breakfast was next, but I missed out on that as I dashed back to my hotel to shower. The keynote included brief 5-8 minute speeches from a range of speakers, many of which brought tears to my eyes. They were by turn empowering and poignant and deeply meaningful. Following were three break-out sessions. I’ve always been a fan of hearing picture book illustrators talk about their process, and learned so much from the discussion with Deborah Freedman, Lauren Castillo, and Greg Pizzoli. Next up, I attended a session with Gae Polisner and Nora Raleigh Baskin, about their two 9/11 books and the research involved in them. And finally, I got to watch as Raina Telgemeier helped turn an audience member’s true life story into a comic. (So! Cool!)

Next up was, for me at least, one of the most exciting parts of the conference. Yes, it was hot and hectic in the crowded high school cafeteria, but it was also simply amazing to meet in-person soooo many of the educators I’ve connected with over Twitter the past several months in-person. SO. MANY. SELFIES! 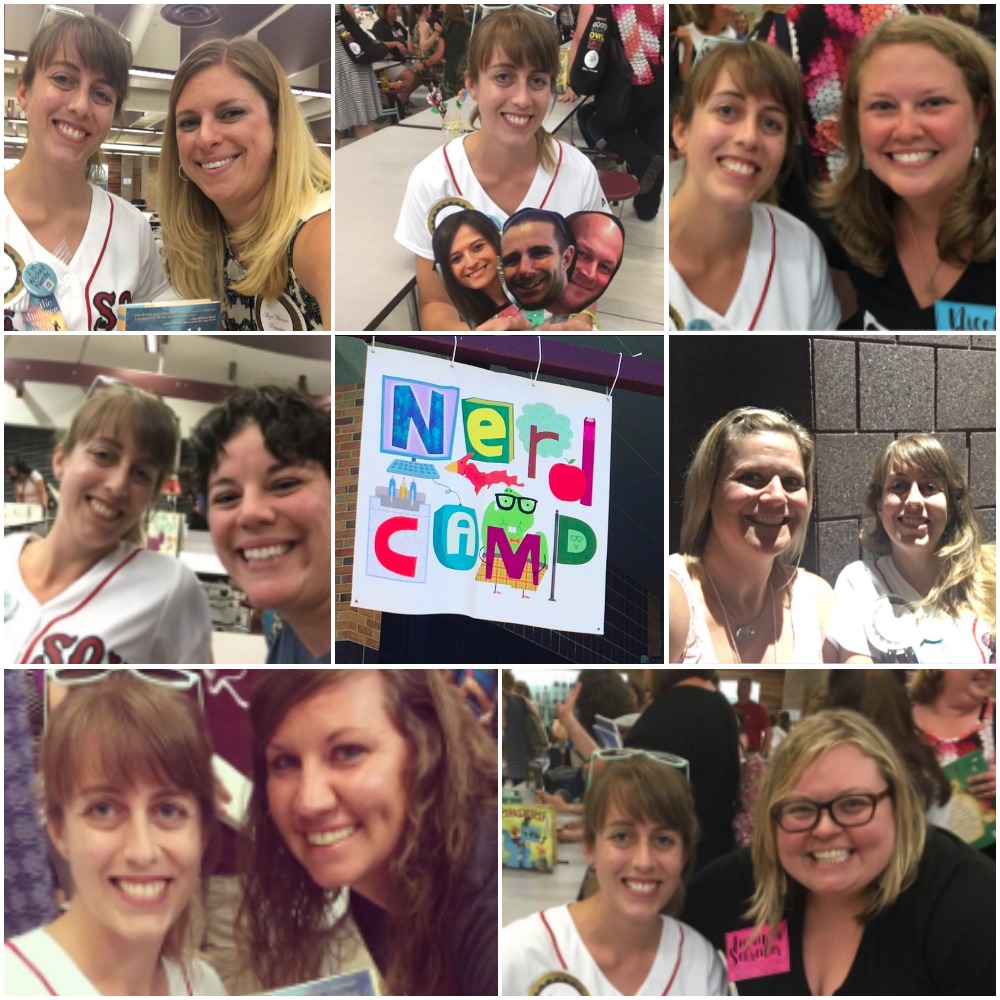 After the signing was the Nerdy Dinner / Nerdy Party, where I got to hang out with fellow authors Abby Cooper, Melanie Conklin, Josh Funk, Jen Malone, Gail Nall, and the lovely Jess Keating, who I hadn’t met before. And of course: teachers & librarians!

Day two involved a lot of firsts for this author. I participated in my first panel/group session led by Jenni Holm and Josh Funk, where authors shared their writing mistakes with educators so that students can understand how messy the writing process is. I also recorded a future podcast for the Nerdy Book Cast. Little did I know, that was the cal

m before the storm! Literally. At 5 pm, hundreds of kids from surrounding communities participating in Nerd Camp Jr. flooded into the school. I had the pleasure of teaching three classes of enthusiastic 5th graders. I told them we were cooking people, which got some giggles 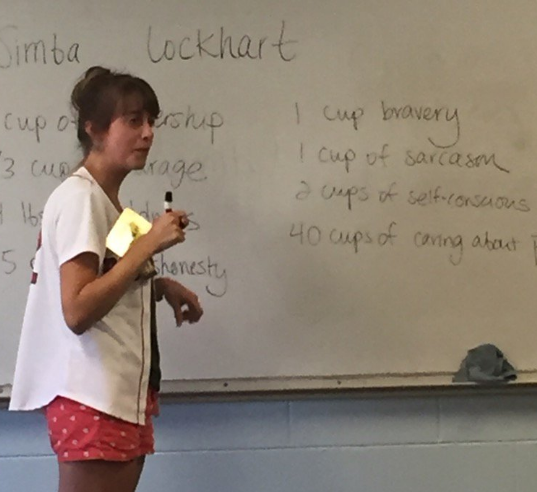 . Together and then individually we cooked up characters from scratch. I was so impressed with their unique creations — and also reminded of how pumped up 5th graders get about a good thunderstorm. Yep, we lost power briefly in our classroom, leading to some excited yelping and chair twirling! It was thrilling to sign books and bookmarks for a bunch of actual kids. (Yes, it’s starting to settle in, at two weeks past pub date, that The Distance To Home really is out in the world.)

All in all, it made for a most magical and nerdy two days. Another nerd may have spotted me dancing to my car under a rainbow and posted it to Twitter. 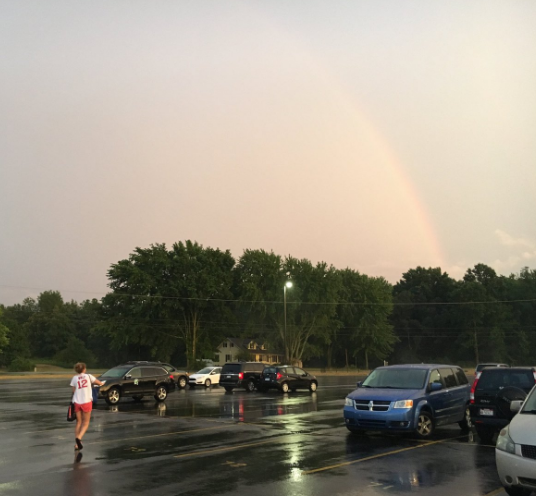