Last weekend, I had the pleasure of participating in the SE-YA Book Festival in Murfreesboro, TN (home of Middle Tennessee State, which just won their March Madness game last night — woot woot!). For those of you who aren’t familiar with the festival, first off, it’s the best. On the first day, students from area schools are shuttled in on buses. The whole festival is just for them! Panels and signings and hanging out on a college campus! So. Cool. The second day of the festival is free and open to the public.

During the question and an 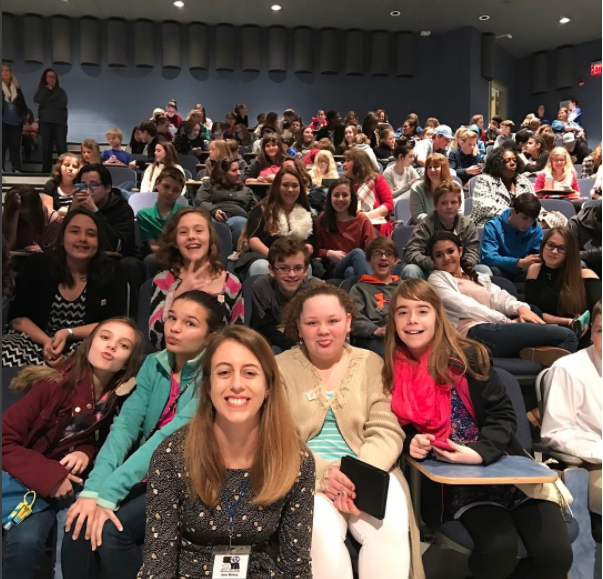 swer part of one of the panels on the first day, a brave boy stood up and asked a question to the effect of, how do you respond when someone tells you that you won’t succeed?

I can’t recall my full answer to him, but part of it was this:

spite is a powerful motivator

Maybe that wasn’t the kindest answer, but I’d be lying if I said it wasn’t at least partially the truth. After all, it’s human nature to want to prove someone wrong. We’ve all heard those voices. For some, they come from our parents, who’d prefer for us to have forged an “easier” path. Or our peers. Sometimes they come out of jealousy or envy, someone who’s tricked into believing it’s about talent when, really, it’s just a bunch of hard work. Maybe they come when you bravely put something of yourself out into the world, and the world says, no thanks.

Maybe the person who’s telling you that you won’t succeed, maybe some days it’s you.

And while spite is indeed a powerful motivator (writers have elephantine memories, and I’d be hard-pressed to find a writer who can’t quickly recall the name of a person who’d told them they’d never succeed as a writer), there is still a kinder answer, which is this:

Surround yourself by people who build you up. Join a writer’s group so that you have other people who “get” it. Attend readings to hear of the hardships other writers have faced in their journeys. That friend who’s willing to listen as you talk over a part of your story that’s just not working? Call them when you’re stuck.

And that voice that you use with a friend who’s in pain? Don’t be afraid to use it on yourself.