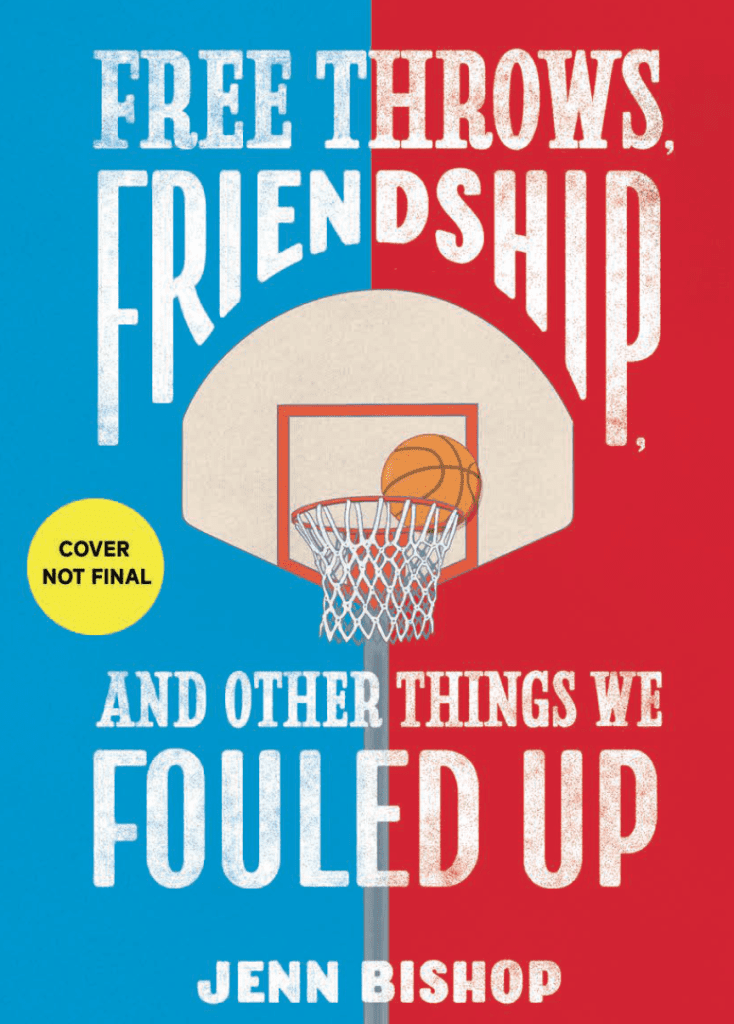 Love & Basketball meets Dragon Hoops in this authentic, accessible novel about two girls finding the truth about themselves – and their families – against the backdrop of competitive basketball.

Cincinnati, Ohio, lives and dies by college basketball, with two elite Division I rivals separated by a mere three miles.

Rory’s dad just secured a new coaching gig at University of Cincinnati, so it means yet another school and move for her, only this time to her dad’s hometown. Rory’s life revolves around basketball; she’s never had a close friend outside of it. Could this be a chance for a fresh start?

Abby has always lived in Cincinnati, where her dad grew up playing ball and now coaches at Xavier University. But Abby has recently retreated from basketball after a frustrating season that left her confidence in shambles. This year, she finds herself on the outside looking in when it comes to her former teammates, and she could seriously use a new friend.

The coach’s daughters connect over their shared love of the game when Abby chaperones Rory on her first day of school. But when Abby’s dad practically forbids their friendship because of something that happened between him and Rory’s dad when they were younger, Abby and Rory have no choice but to move their budding friendship underground.

Can the two of them get to the bottom of what went down between their dads in the 1990s before history repeats itself?

“Basketball-loving readers will adore this book, but it’s so much more than a basketball story. A beautifully crafted tale of friendship, family, and forgiveness, with characters so vivid and real you can’t help but root for them, on and off the court.” —Matt Tavares, New York Times–bestselling author-illustrator of Hoops

“An exploration of family, rivalries, and forgiveness, this book scores big with fastpaced basketball action and narration from multiple points of view. A sure winner for readers who love relatable characters and heartfelt friendship dynamics.” —Gillian McDunn, author of When Sea Becomes Sky and Caterpillar Summer

“Jenn Bishop’s ode to basketball, friendship, and the city of Cincinnati charmed me from the first page and made me want to eat Skyline chili and get tickets to a March Madness game. Basketball fans will love the fast-paced on-court action and the inside look at a college sports rivalry, but it’s the touching, thoughtful exploration of what it means to find—or lose—a best friend that makes this novel such a winner. I love Rory and Abby, and middle school readers will, too!” —Laurie Morrison, author of Up for Air and Coming Up Short

“Like all the best sports novels, Free Throws, Friendship, and Other Things We Fouled Up, is about so much more than winning and losing. Abby and Rory will capture readers’ hearts as they navigate family and friendship struggles and discover the power of forgiveness. A warm, funny, thought-provoking book that will stay with readers long after they turn the last page.” —Barbara Carroll Roberts, author of Nikki on the Line

“Heartfelt and hilarious, Free Throws, Friendship & Other Things We Fouled Up oozes with charm from the very first page to the supremely satisfying ending. A slam dunk for sports lovers, chili-on-spaghetti skeptics, and anyone still trying to find their place in school, in friendship, or in life.” —Erin Yun, author of Pippa Park Raises Her Game

“Jenn Bishop scores another winner with Friendship, Free Throws, and Other Things We Fouled Up, weaving together a slam dunk of a story of relationships, rivalries, victories, and defeats as captivating as any buzzer-beater in hoops-crazy Cincinnati. A love letter to basketball and all of us – girls and boys, men and women – captivated by the game.” —Andrew Maraniss, Author of Inaugural Ballers: The True Story of the First US Women’s Olympic Basketball Team

“Abby and Rory’s story is a slam-dunk. Set against the backdrop of college basketball’s March Madness, Free Throws, Friendship, and Other Things We Fouled Up will have you rooting for these star-crossed friends on and off the court.” —Laura Shovan, author of Takedown and co-author of A Place at the Table