It’s the title of a YA novel I read years ago, and also pretty much how I’ve been processing my emotions for the past 18-ish hours after watching my beloved Bearcats go up 22 points with just over ten minutes to go … only to lose in the most historic, heartbreaking fashion imaginable. As I lay in bed in the hours after, sleep was all but impossible. My mind kept jumping to all the tiny things that could have changed a fate that was now already set in stone. How had I gone from giggling over the players’ Instagram stories as they enjoyed Ruth’s Chris Steak House Saturday night to sobbing uncontrollably on the couch on Sunday evening? No. That couldn’t have happened. It must be a dream.

There are so many wonderful things about passionately following a sports team, but man, is it crushing when it ends. And more crushing when it was all in your hands and you let it slip away. Not that it was in *my* hands. But, if you follow sports, you know what I mean. How the them becomes we. The feeling of wanting it so badly for a team, and the heartbreak that comes when it all falls apart.

I keep thinking I’m starting to feel a little better about what happened. And then my mind jumps to the things I imagined that will never be and the hurt starts all over again. I can’t imagine what it was like to be in the players’ shoes last night, or even today. The hardest part is that in these matchups, a whole lot of people are left heartbroken in an instant. (Or if you’re on the winning side, feeling like you’re going to burst from spontaneous joy.) One team wins and the other loses. It’s black and white in the end. That’s sports. That’s fandom. It’s that spontaneous joy, though, that keeps us coming back for more, even after lows like this. And this is a low low, even for me.

This one’s going to hurt for a while. And I’ll be honest, as someone who’s only followed the Bearcats for the past 2 seasons, I know I don’t really know the half of it. But I imagine it’s something akin to being a Red Sox fan pre-2004. You feel like it will never happen. Not in your lifetime, at least. That your team (or in yesterday’s case, your city) is genuinely cursed. And you can quickly recount a litany of events that transpired against your team that has you convinced.

But it can change, of course. That’s where the magic is. I wanted it so badly for this group of  guys. For Gary Clark, for Jacob Evans III, for Kyle Washington. All of them. And for Mick, constantly underestimated Mick Cronin, the coach the rest of the country loves to hate but the coach we love anyway. I had a whole narrative, a whole fairytale ending to this season that I kept buried deep in my subconscious. I cautioned myself to take things one game at a time. Not to get ahead of myself when the South region of the bracket started opening up. But when you’re ahead by more than twenty points with a little over ten minutes to go YOU GET AHEAD OF YOURSELF. There is no way not to. And that makes it all the worse when suddenly nothing goes your way, when the wheels come off and the next thing you know, it’s over and you can’t believe what just happened and how fast.

And so I guess when the uncontrollable crying jags finally taper completely (hey, there may be no crying in baseball but this is basketball), I’ll come back to the lesson I learned from the 2004 Red Sox.

The magic can happen, even if it takes 86 years.

And when it happens, all those players from all those teams that felt this special– the names you want in the rafters, like Gary Clark — they come back and it’s a celebration of everything. Of what happened, and what didn’t and what almost did.

These kids got to cut down the nets. They won 31 games, their conference title, and the conference tournament. That’s not something many teams can say. They beat Wichita State in front of their crazy intense home crowd on senior day to win out the season after two excruciating losses that had this fan (and a lot of others) worried that maybe this team wasn’t for real.

I know they wanted more. We all did. And that’s why it hurts.

But someday it won’t. 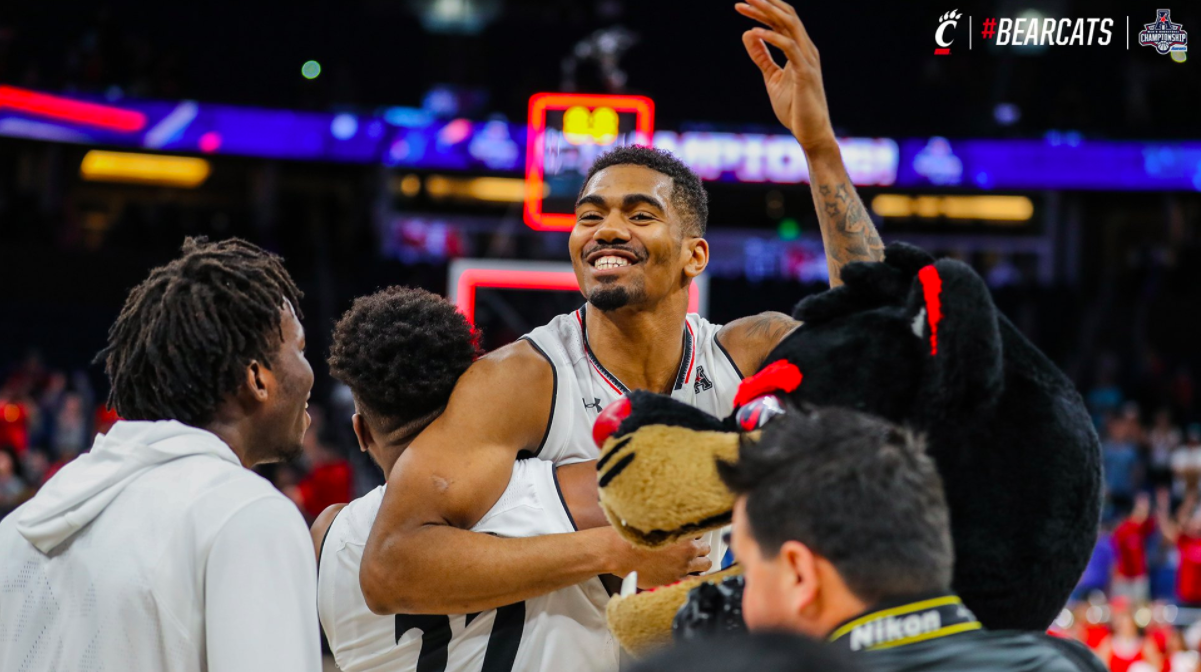