They say in marathons, it helps to have a mantra. Something you can repeat in your head, return to when the going gets tough. This Sunday (i.e. in three days, ::gulp::) I will run the New York City Marathon. I’ve only one run marathon before, the Chicago Marathon in 2014, and something tells me it’s a little like childbirth. Your hormones and your brain work to trick you into doing it again. 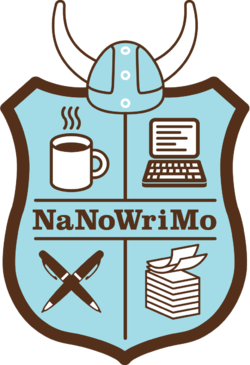 The day before the Chicago Marathon, I went on a shake-out run with some the running world’s biggest rockstars, and before the three miler, they shared with us plebes their tips. The one that stuck with me was about the mantra. I hadn’t given that much thought before, but I figured, well, if Deena Kastor says you should have one, I guess I’ll come up with something. I went with a classic for that race. Run the mile you’re in. When at mile ten, I started freaking out at the idea that I wasn’t even halfway done, I came back to that line. Run the mile you’re in. It quieted the crazy-talk that was creeping into my head. Just run the mile you’re in, Jenn. Sounds simple, but it helped. That’s all a marathon is, after all. One mile after another after another. If you take each one at a time, it’s almost manageable. Run the mile you’re in.

The mantra carried me through that race. Helped me sneak just under my goal of completing the marathon in four hours. But the truth is, it did more than that. It spoke to more than running. It spoke to my writing. The thing is, when you look at a big task like writing a novel . . . it’s pretty easy to freak out. No way can I write that many pages, that many words. But if you break it down into pieces  —  one page at a time, fifteen hundred words a day, revising one chapter at a time — you will get through it. Run the mile you’re in.

After a marathon, a lot of runners remark that they feel sort of depressed. This big thing they’d worked toward for so long is over. Now what? I wanted to avoid those feelings this time around, so I decided to embark on another epic challenge. NaNoWriMo, or National Novel Writing Month. By the end of the month, my goal is to have a first draft of a new project. Fifty thousand words, more or less. Eeeek, right? While I’ve participated in years past, it’s been a while since I’ve written quite so much in a compressed time period. The whole thing makes me a little nervy, but also a little . . . excited. A lot like the marathon.

Which brings me to my mantra for this year’s big race, one I hope to apply to my writing as much as to this Sunday’s run. You are capable of more than you think. I’d be lying to you if I said the training for this year’s marathon was easy. In the midst of training runs, I was traveling to promote The Distance to Home, moving across the country, and dealing with a range of nagging injuries. There were many Sunday mornings when the alarm went off and about the last thing on earth I wanted to do was get out of bed and go run for two to three hours. I’d get out there on the path as my legs woke up. The first few miles were always, always the hardest. And then something happened. Nearly every time. It got better. I discovered something about myself that I needed to discover, that was applicable in many more areas of my life than just running. I was capable of more than I thought. And I kept going, even when it didn’t get easier. Even when the last few miles were all-over leg pain and involved some walking breaks. I didn’t give up.

I don’t know how Sunday’s race will go, to be honest. While I’d love to best last marathon’s time, I have a feeling that’s probably out of reach. That the crowds will be too big for me to get going at my normal pace. That my hip flexor and my hamstring may not be in the mood for all of the 26.2 miles. But I hope that I remembered what I learned this summer about myself.

We are all capable of more than we think. In writing, in running, in so many things. Surrounded by fifty thousand people this Sunday, running through all five boroughs of New York City, that’ll be the line I cling to when the going gets tough. And it will. It’s a marathon, after all.